Another great weekend hosting The West Hants Club  Dorset Racktball annual Closed Tournament. It was so great to catch up with familiar faces after so long due to the pandemic. There was not only some top quality racketball but the overall atmosphere all weekend, was so enjoyable to see.

There were some fantastic battles from the start of the tournament due to more of a round robin format. This did create a few more games than some players had wished for, however I am sure these people will recover soon enough..

Over 50's singles went to Blandford's very own Steve beating Clive 3-1, Clive had originally beaten Steve in the round robin, however its always good to play a final and as they were the top 2 in the group they got to do battle once again, with Steve making sure he didn't lose twice in a weekend to Clive.

Over 40's singles went back to James with a fairly comfortable win over Adrian, both players were fairly fresh after rather easy semi finals

Ladies event was a round robin and for the first time in I don't know how long, we had more than 3 ladies actually enter. Thanks to Bev for contacting and arranging all these matches, it looked like they all enjoyed themselves. The final went to Sam with a win over Bev 3-1, this was a very hard fought final, where at one stage both ladies were sitting on the floor after an epic 58 shot rally... great work Ladies and hope to see you all back next year.

Mens Main draw was going to be a battle between age and fitness. A certain Andy giving his opponent 10 plus years and a few kilos, eventually wore Andy down in a epic 5 setter - 67 mins match. The new winner of this title was a newly married & father to be David, well done.

The final event as always was the doubles, this year yet again Andy & Nick  managed to sneak into the final after a very close 12-10 / 12 -10 win over David & Dan. The final started off well with Andy / Nick winning the first set, however fitness took its toll, with the much fresher pairing winning in the deciding set. 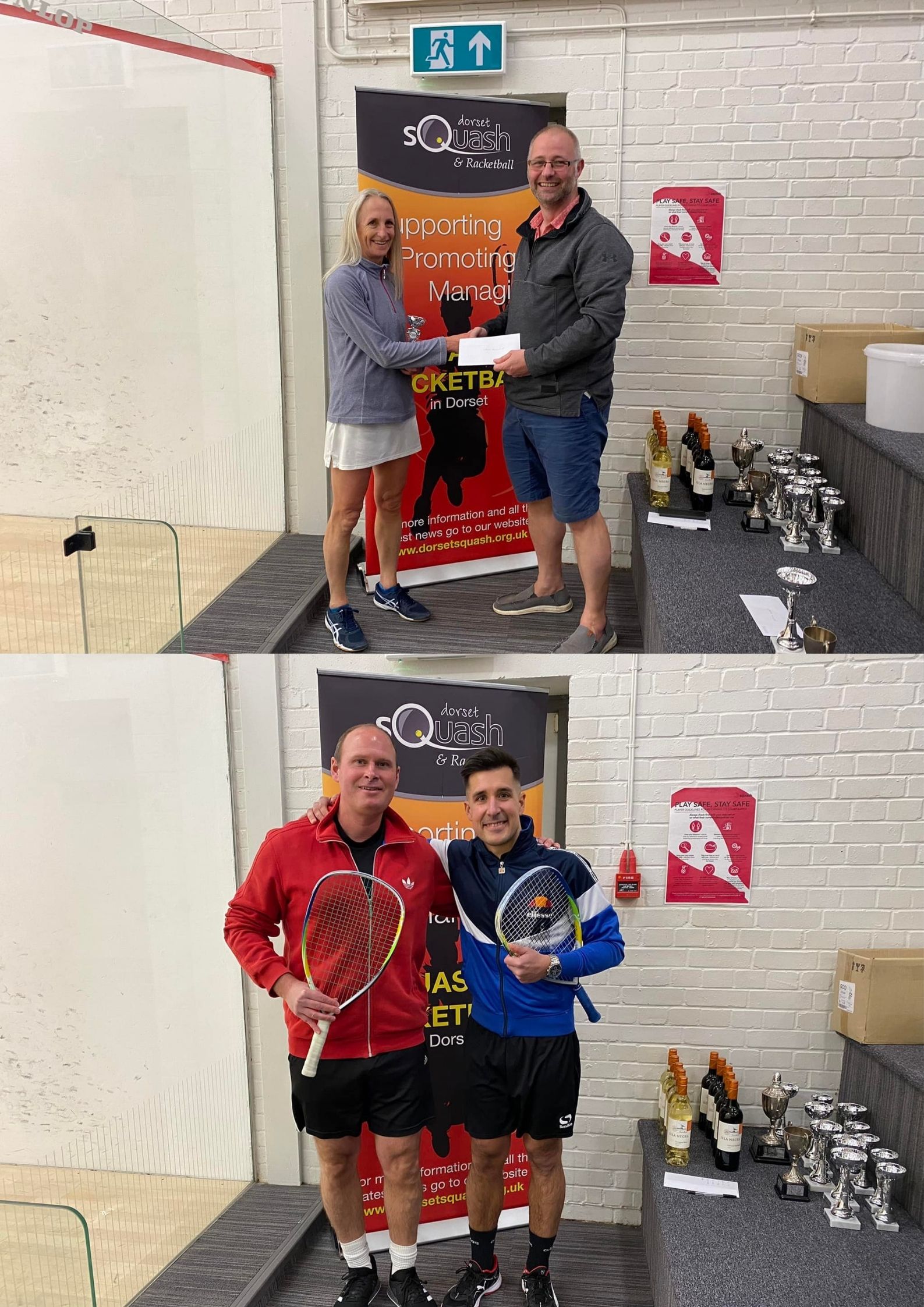 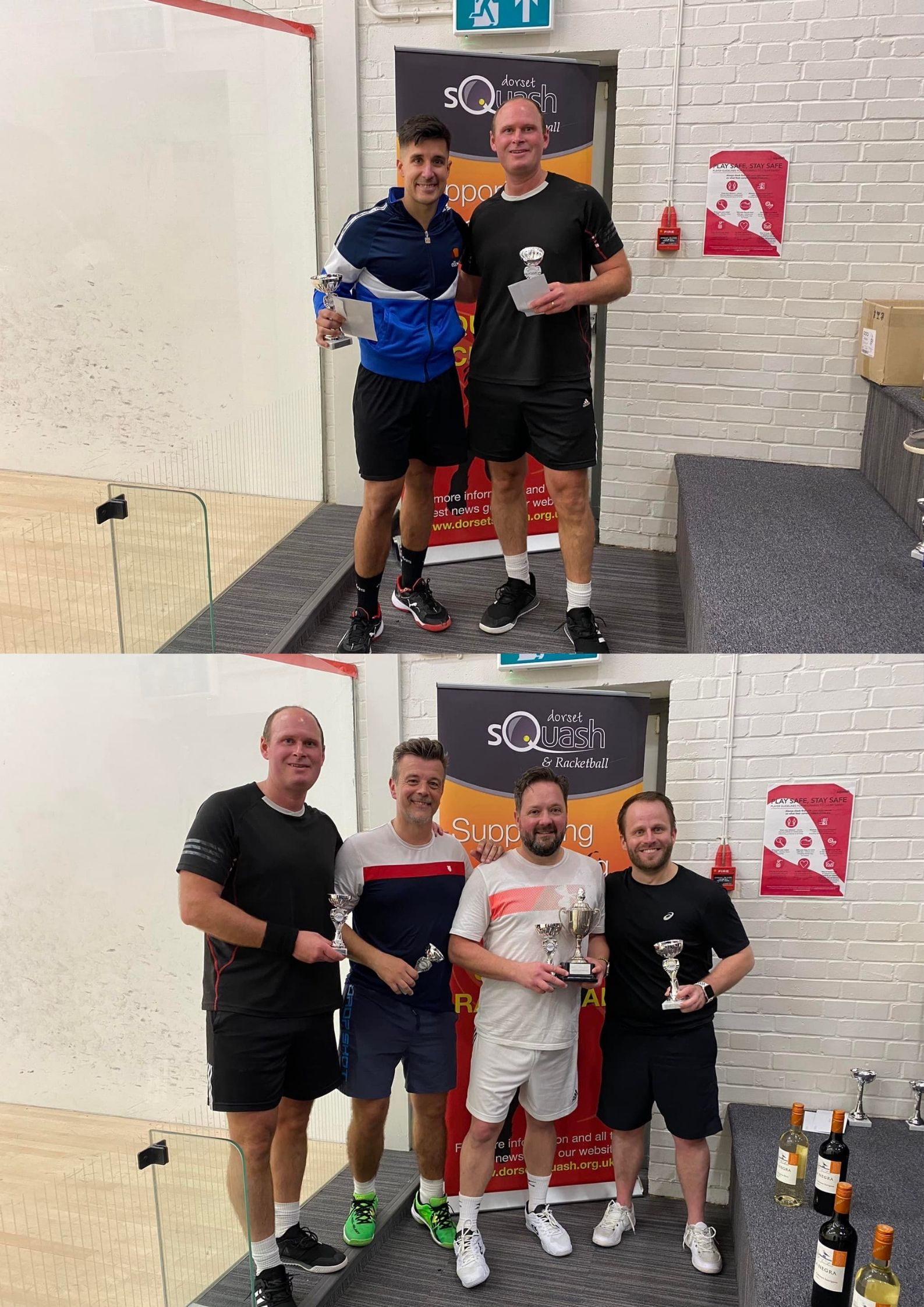 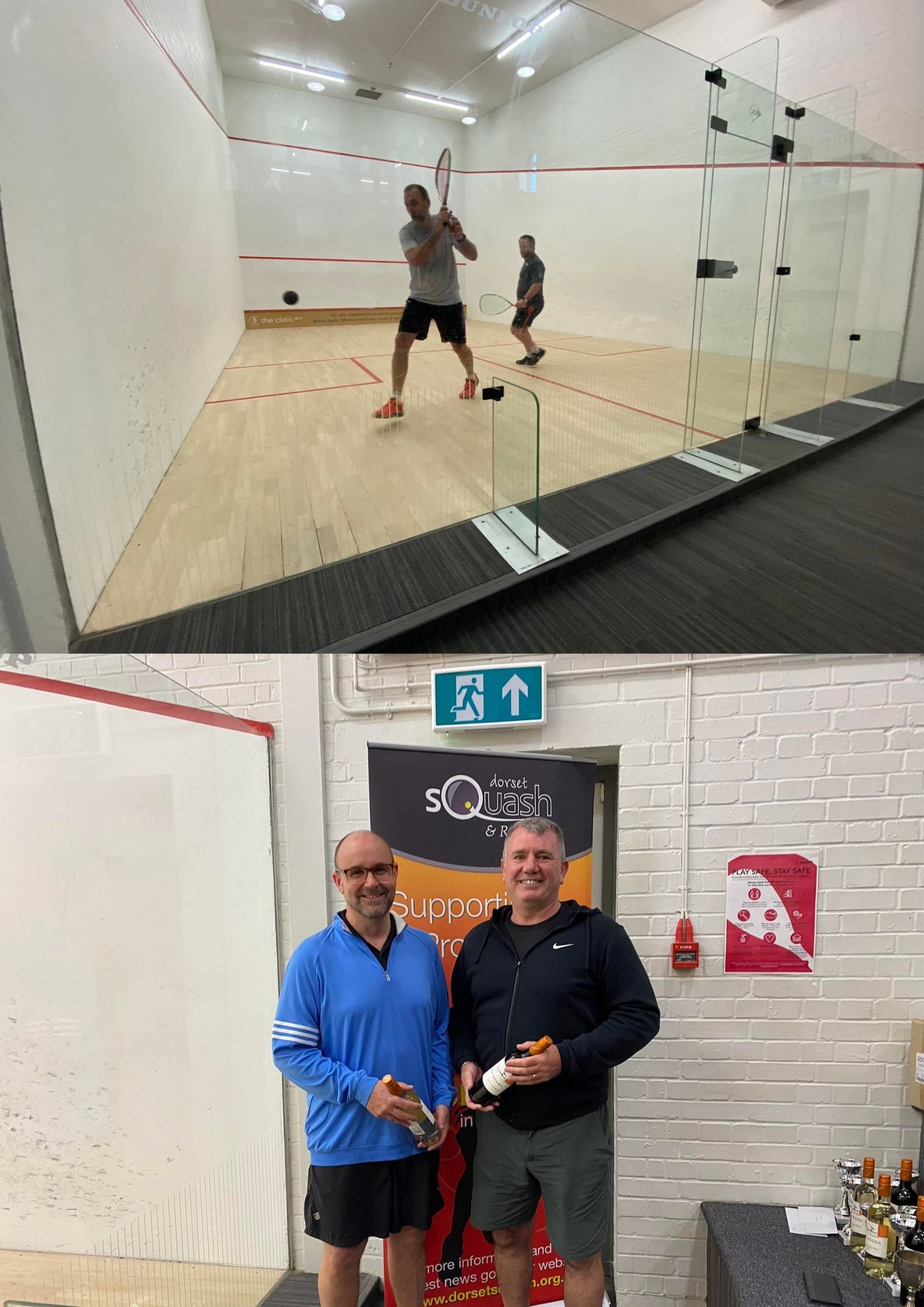 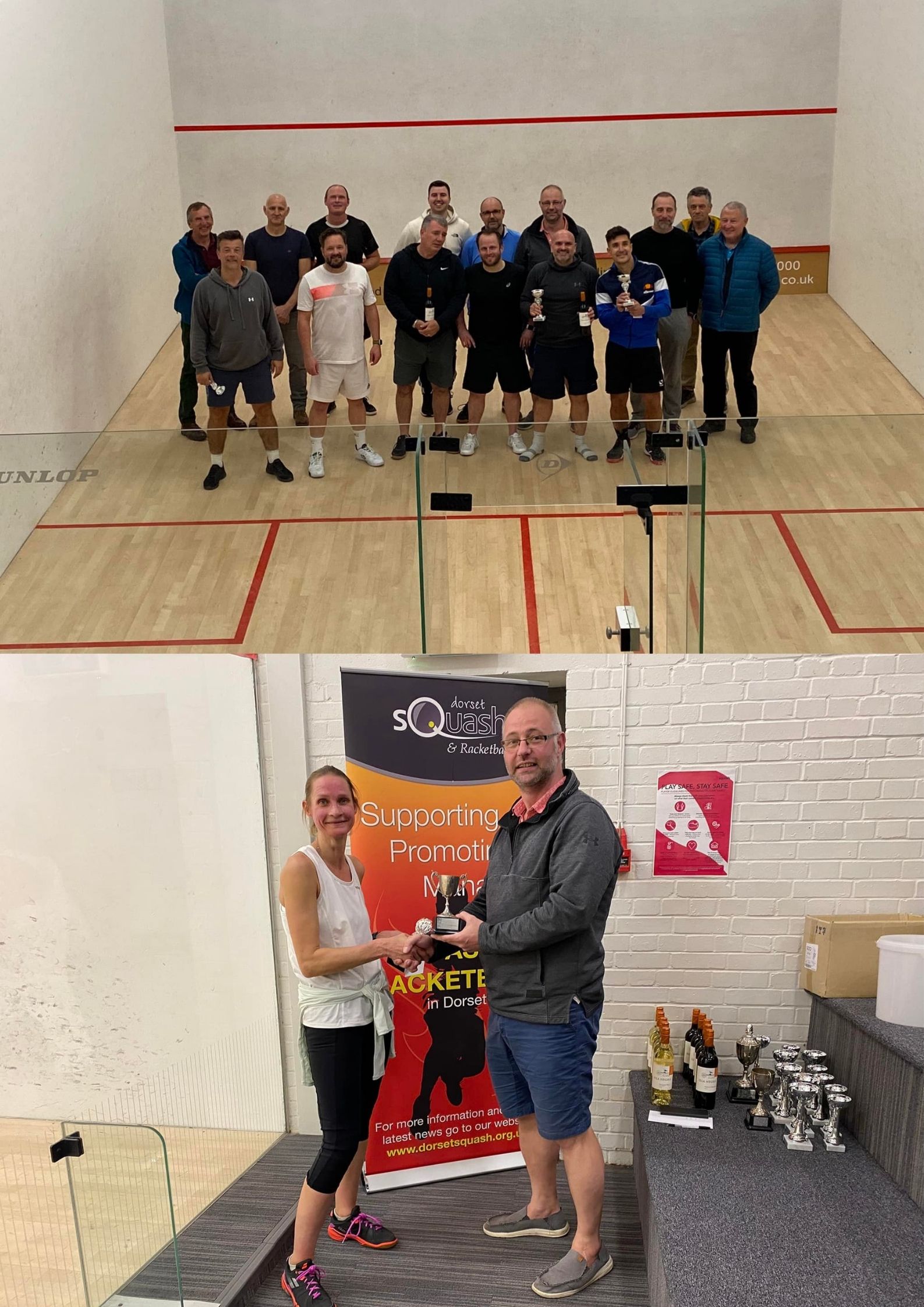 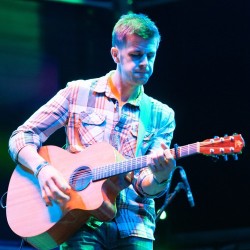 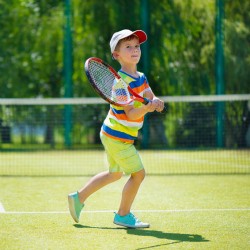 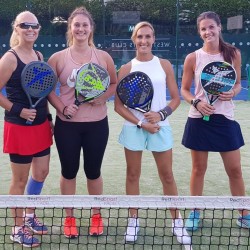 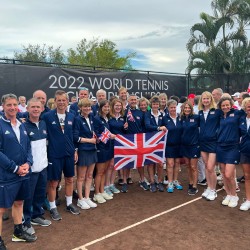